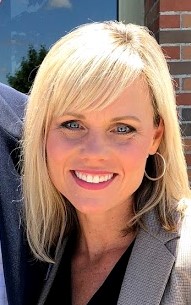 Amy Taylor has served as Senator Risch’s Eastern Idaho Regional Director since he took office in 2009. Before joining Senator Risch’s staff, she was a licensed loan officer, mortgage broker, and owner of four small businesses operating in Idaho Falls.

Amy was born in Idaho Falls, attended public schools in District #93 and graduated from Bonneville High School. She obtained her Bachelor of Science Degree in political science and journalism from Utah State University, and recently graduated with her MBA from the Huntsman School of Business at Utah State University.

After finishing her degree at Utah State, she moved back to Idaho Falls with her husband Brooks and the first of their four children. She put a full time career on hold for a few years while raising their young children, but volunteered in a variety of positions in the Bonneville County Republican Women and the Idaho Federation of Republican Women. She was elected to serve as a precinct committeeman, Vice Chairman, and State Committee Woman in the Bonneville County Central Committee. During that time she also helped her husband run a small construction company, worked on many local political campaigns, was a freelance writer for the Idaho Falls Magazine, and a certified group fitness instructor, personal trainer, and fitness specialist at the YMCA.